Gradients. They are everywhere. From menus, to backgrounds, particle systems and even our skies - gradients are important for our games. The blending from one colour to the other goes a long way in conveying a texture, cheaply. But sadly, many beginner Unity developers sacrifice other aspects of their app when creating gradients on meshes, with no justification, by using textures instead of writing a simple shader.

So in this post (in which I am also learning how to tutorialize), I’ll show you a quick way of blending two colour together. Why is it so hard, Unity?

So how’s this shader is built?

Let’s create a new shader. These are the properties I would expose - two colours to blend, and a ‘height’ parameter slider. This parameter will give us control over the colours ‘blend point’. More on that later. Exposing the values means we can animate it, change it through the material according to some other variables, environment, player settings, and everything you want. 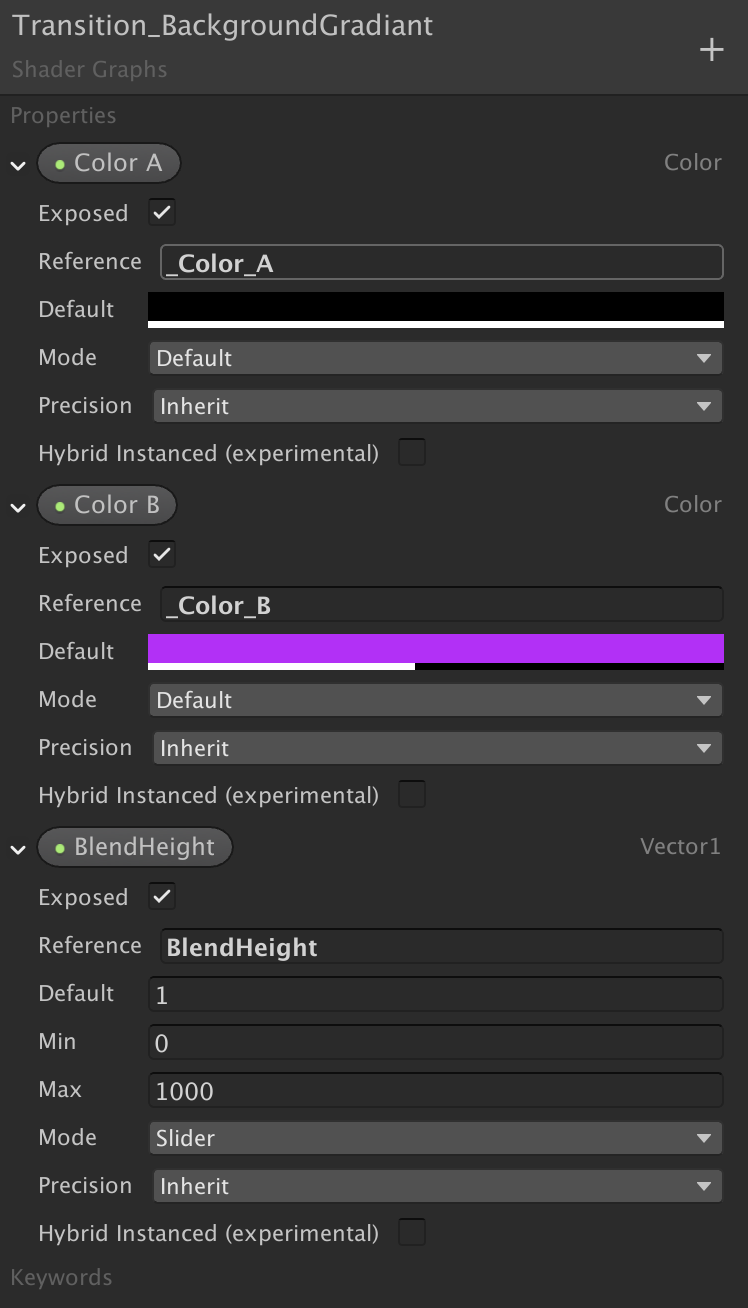 Now let’s think about how to colour each pixel. Each pixel should get his colour based on his location across an axis (in this example - the Y axis, but you could use any axis). The property we’ll use for this is of course its UV values. You can check here the great explenation and visualization by CodeMonkey. So, we will sample the colours and use the Lerp Node according to the UV value of our pixel. Again, in this example I want a sky gradient from black to purple. We will then also use the Alpha values of these colour. And here is the result! 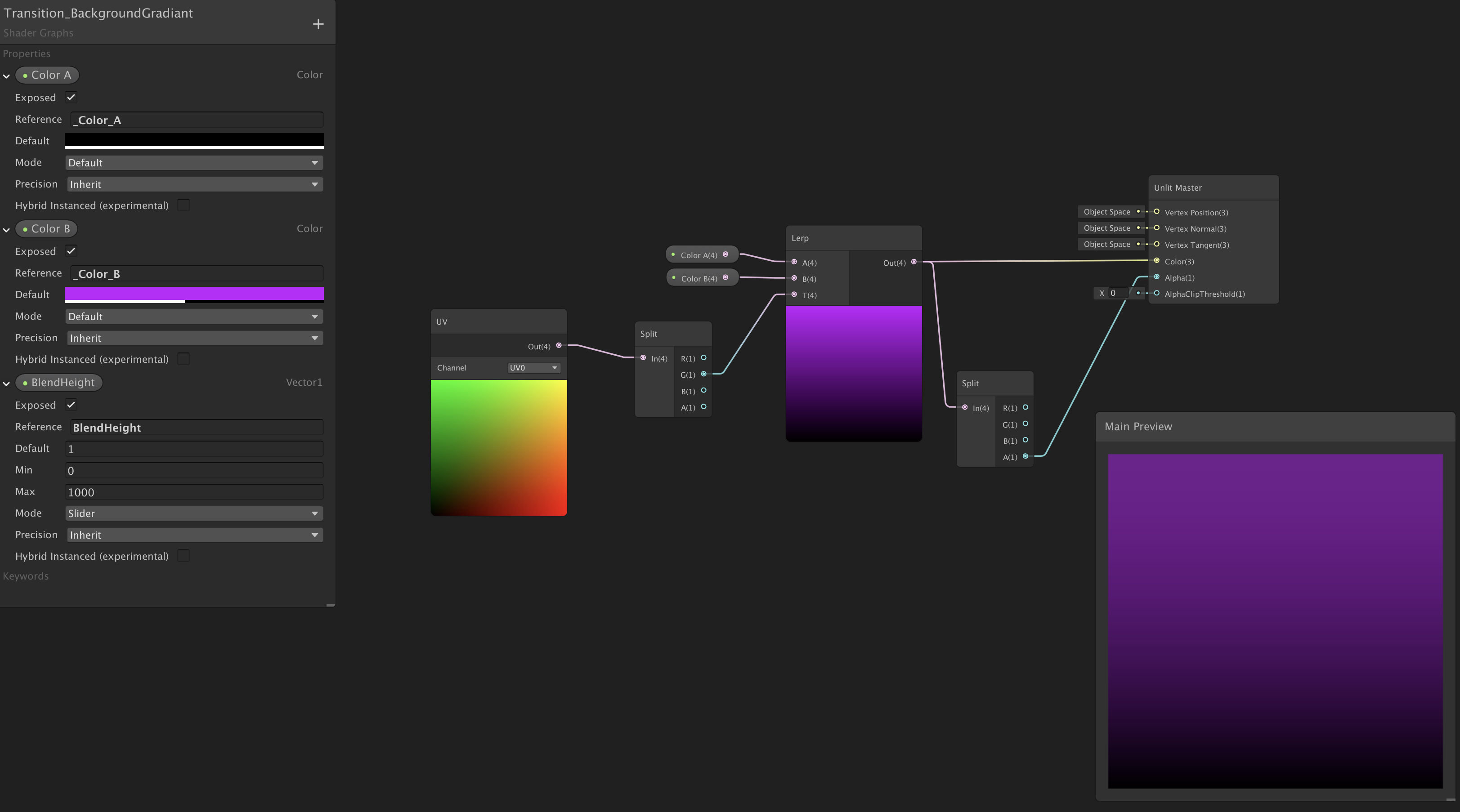 These are the final result: 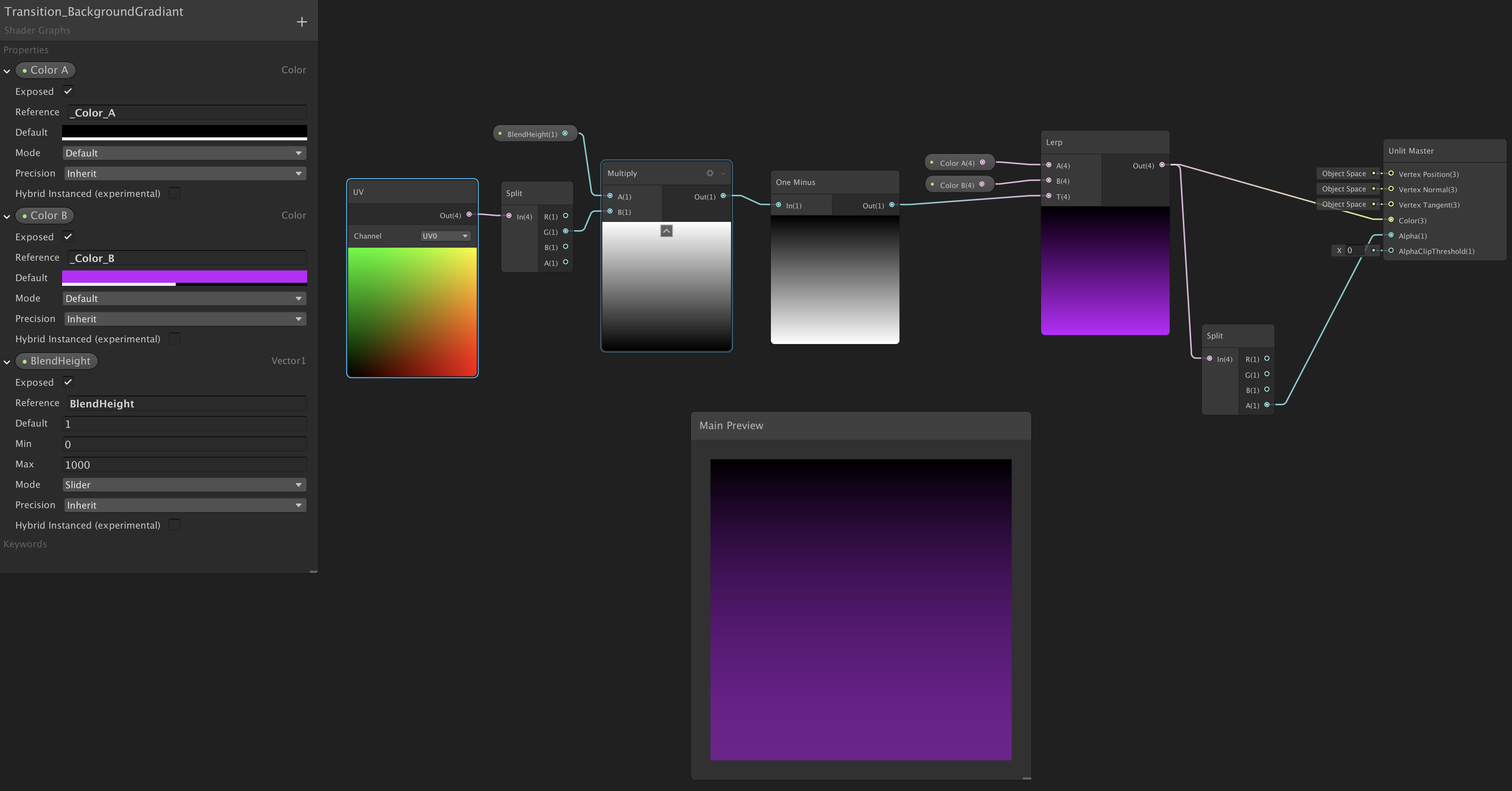 You can also enhance the shader to make some ‘animations’ very easily but scrolling the uv values a bit with Time nodes or something like that. Use all axis! Get Creative!

Alternatives to using this Shader:

Cons for using this shader

The solution? Integrate this into your ‘standard’ shader! We’ll talk more about it in the Material Property Block post series.

Shaders are fun! And performant! And hard, sometimes… :(

Trying to get into shader programming while I’m into my 30s with a job and other responsibilities is challenging, since it’s an endless time-sink. But I feel like writing about the journey publicly could be inspiring to me at least. TIll next time!