EDIT 10.11.2020: You can find a sample project containing everything in this post here.

We all know the ol’ trick of accessing the little ‘cog’ above the transform, which allows you to copy a default serialization of a components’ value, and paste it. 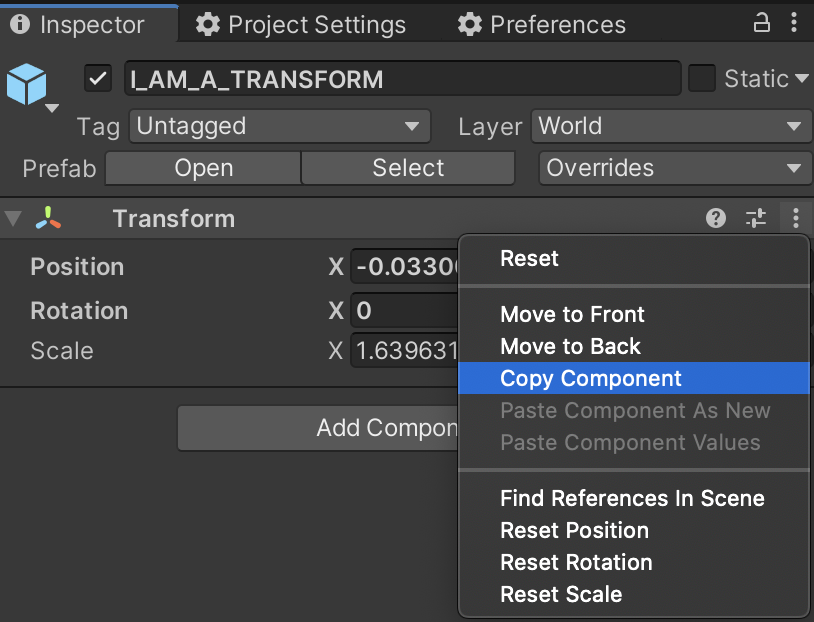 But what will you do with a hierarchy that is a bit more… complex?

Recently I’ve worked on a game with amazing character models. They were very rich in hierarchy, and had multiple animation sets. Their FBXs were big, so we wanted to use the same FBXs for different scene with the characters.

Since I can’t use the original model, I’ll use my go-to victim, The Boss model from Mixamo 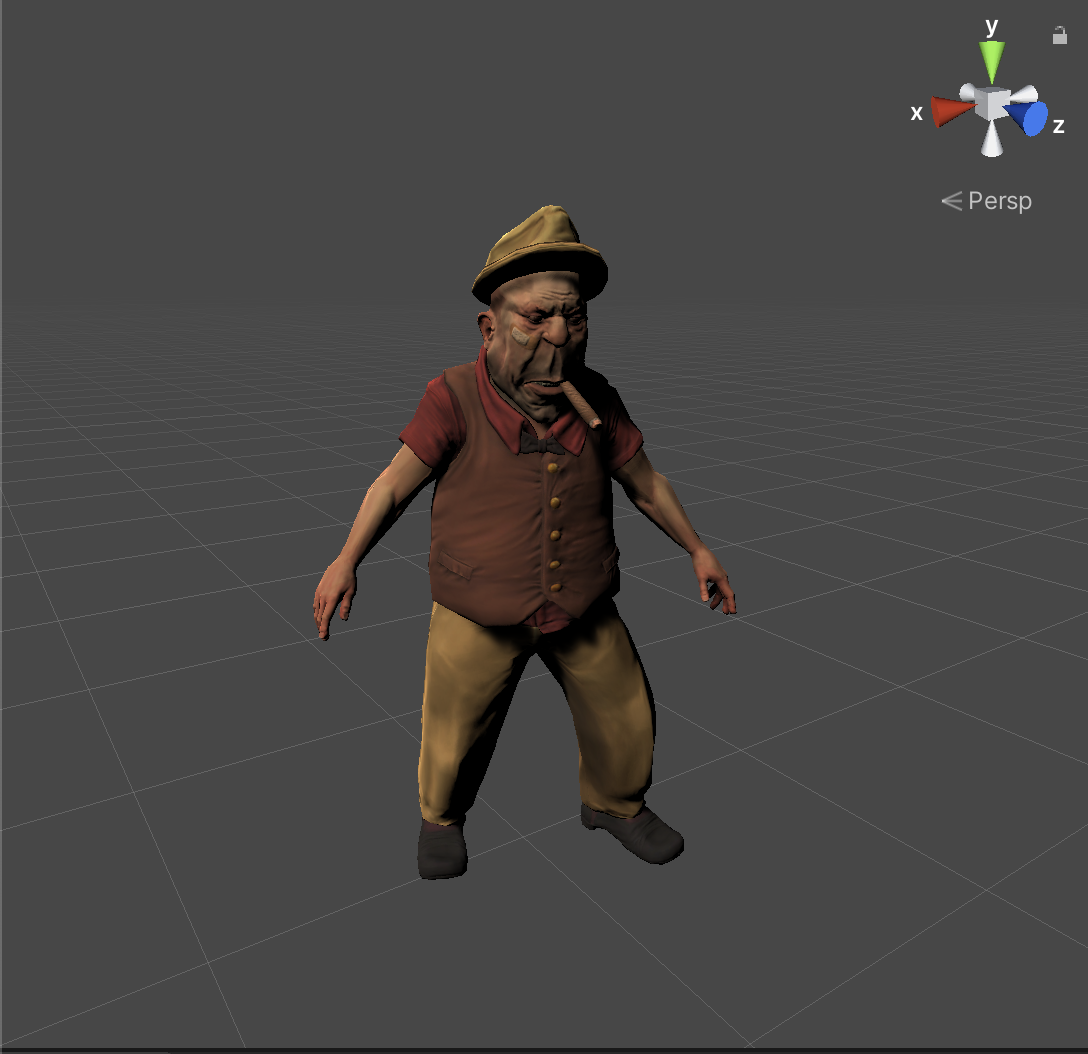 Let’s say I want to position the model in a specific scene, ‘frozen’ on this animation’s last frame.

Poor boss. They found him like this in the back alley…

Since the hierarchy is complex, I can’t use my trusty clipboard and the ‘trick’ I’ve mentioned above. I’m not going to individualy move the model to fit this! Especially if I use external models and animations and want to develop rapidly.

Let’s introduce Scriptable Objects (in case you haven’t met them yet) and how they can help us in this, and later implement a simple MonoBehaviour that will allow us to capture the model’s transforms into that scriptable object. And, finally, we’ll implement a load method that’ll read from the scriptable object and place the character just as it was in run mode.

I highly suggest reading up on Unity Docs, but this is the TL;DR version:

Scriptable Objects are a tool to share data between different classes, but very useful bi-product of that is that this data is serialized (specifically, stored as strings in a YAML file) and persisted between play sessions. I often use this for configurations, player data like score, and other hacks.

Here is an example file: 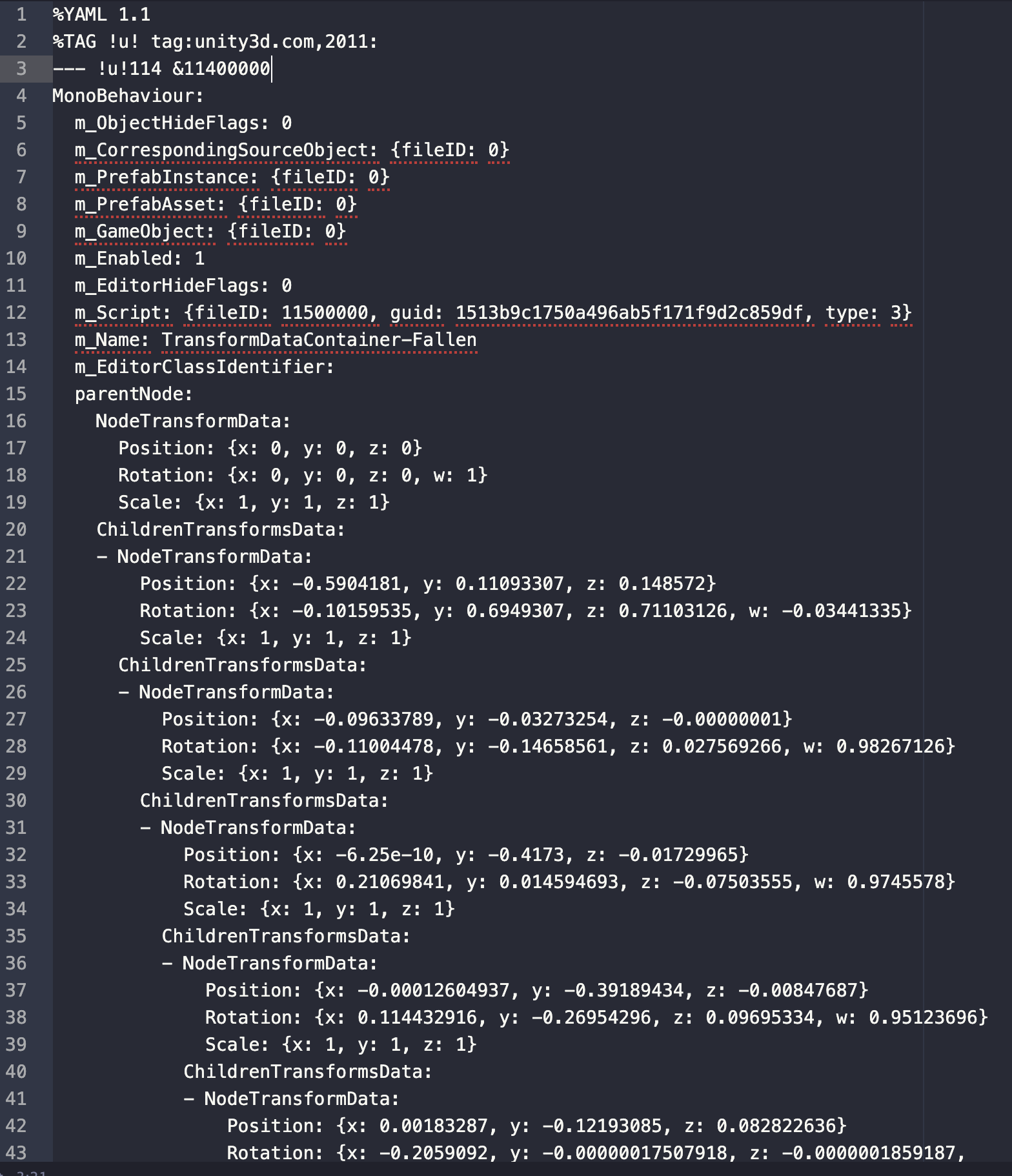 This is how our ScriptableObject, called TransformDataContainer.cs, will look like:

Of course, TransformNode is a custom class I’ve used to obfuscate a transform. This will allow a tree scrutcure recursion later on. Just notice that helper attribute that enables Unity to create those objects from the editor and not just through code.

Again quite simple. Each transform has data for it’s GameObject, and his children’s Nodes reference. Notice it has the Serializable attribute, since it is meant to be a part of a scriptable object.

And finally, this is TransformData.cs:

Here you might raise your brow. Why can’t I just keep a reference to the Transform? This is because Unity’s Transform is not Serializable. We have to keep it down to basic serializable types or structs to enjoy storage-persistance. References are not serialized (Unity does serialize references between components and gameobjects through .meta files, but I will not cover this here).

Ok, we have our model. Now let’s implement the logic.

Implementing the ‘record’ of our TransformRecorder

So we’ve established that our ‘clipboard’ will be a scriptable object. From now on It’s actually quite simple. We’ll traverse the entire transform’s hierarchy recursively, top-down, and persist the properties that interest us into the scriptable object.

If you have no idea what recursion means, you have a deeper knowledge gap that needs to be filled. I recommend searching online for tutorials like this or this. Implement some fibonacci series functions!

So how does TransformRecorder.cs looks?

This is a bit overwhelming at first glance. A few notes that’ll explain everything:

I’m using the excellent, excellent Odin Inspector plugin for editor tools, both at work and at home. The [Button] attribute, which is derived from their plugin, does just that - exposes the method as a button. In case you haven’t spend the very cost-effective 55$ purchase of the plugin don’t hesitate and just remove the [Button] attribute and add this file instead to get the same buttons (TransformsRecorderEditor.cs).

Easy does it. I highly suggest tinkering around with the UnityEditor namespace, suffer through, and understand why forking 55$ to Sirenix isn’t that bad.

Pay <3 - the order is reversed, since we want to set these properties, and specifically the scale property, in a bottom-up manner.

## Hooking it all together So now we have our new MonoBehaviour. Supposing everything compiles, the ‘recipe’ from here is:

Your scriptable object should contain the hierarchy now: 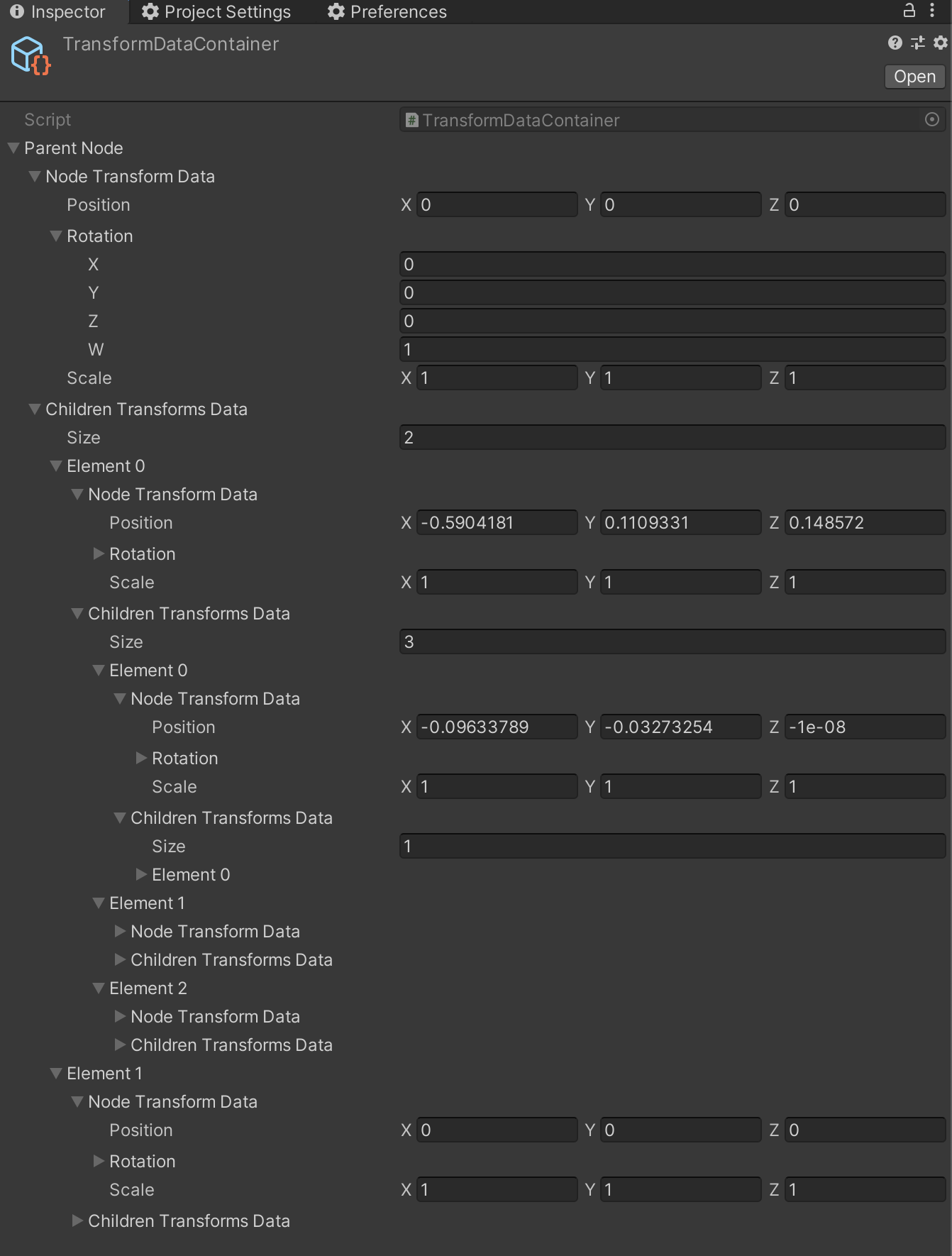 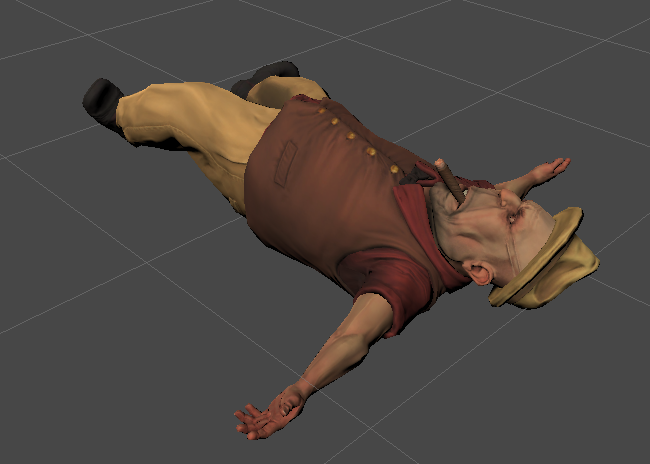 Further expansion of this component